Watch: Cristiano Ronaldo last-min winner not given, no goal-line tech 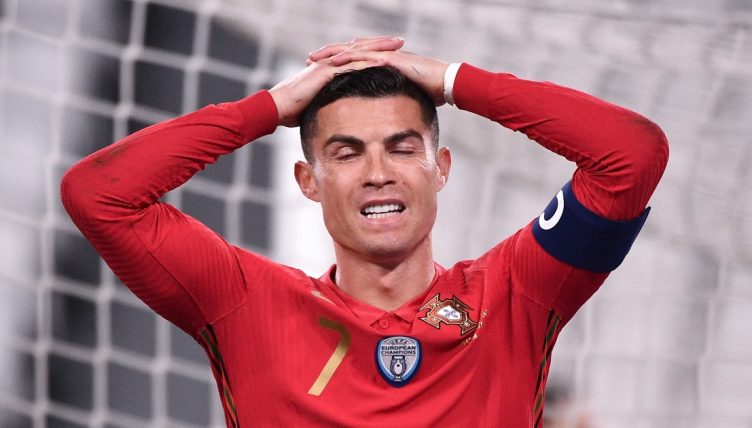 Cristiano Ronaldo is closing in on Iran legend Ali Daei’s all-time international goalscoring record – but he was denied his 103rd Portugal goal, as well as three points in World Cup qualifying for Qatar 2022.

After labouring to an unconvincing 1-0 win over Azerbaijan in their first qualifier, it was more like it from Portugal against Serbia as Liverpool’s Diogo Jota scored two first-half headers to give them a commanding lead.

But Serbia fought back in the second half, with Aleksandar Mitrovic sparking the comeback and becoming their all-time top scorer before Filip Kostic equalised on the hour mark.

Ronaldo thought he’d won it in the dying seconds of injury-time – and would have done if there was goal-line technology in qualifying.

The Juventus forward wheeled away celebrating after his effort appeared to cross the line, but it was eventually cleared and instead he went remonstrating to the linesman.

He was booked, but replays showed he was justified in his protests – it definitely crossed the line.

Ronaldo's winning goal in the last minute only to be denied and robbing The G.O.A.T & Portugal of the win.
pic.twitter.com/wlTruahRJ6

Ronaldo scored a dramatic winner in the 93rd minute against Serbia to make it 3-2 to Portugal. But this was judged not to have crossed the line. You can imagine how furious he was pic.twitter.com/CRqkzXWUW3