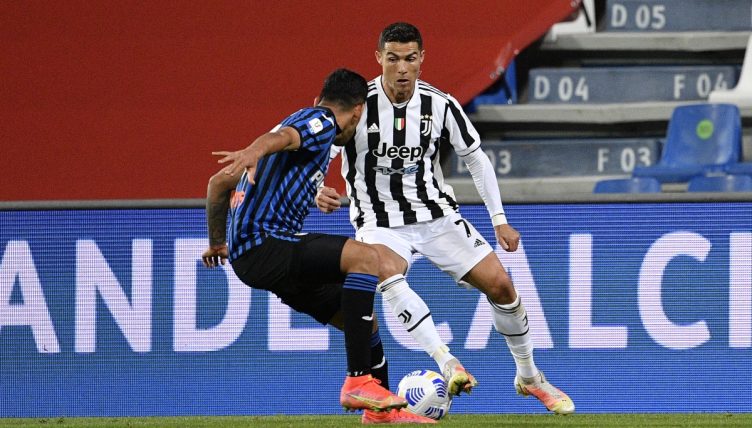 Juventus may have flopped this season but Cristiano Ronaldo remains the biggest baller in world football.

And the Portugal icon is not immune from showcasing the ball skills that marked the early stages of his career.

Juventus were being held 1-1 by Atalanta in the Coppa Italia final when Ronaldo received a long clearance in the opposition penalty area.

The ball found its way to Federico Chiesa, who whacked a shot against the lefthand upright.

Ronaldo may leave Juventus this summer if the club fails to qualify for the Champions League, so Italian fans should enjoy him while he’s still there.

The 10 fastest players to reach 100 goals at a club: Ronaldo, Suarez, RVN…