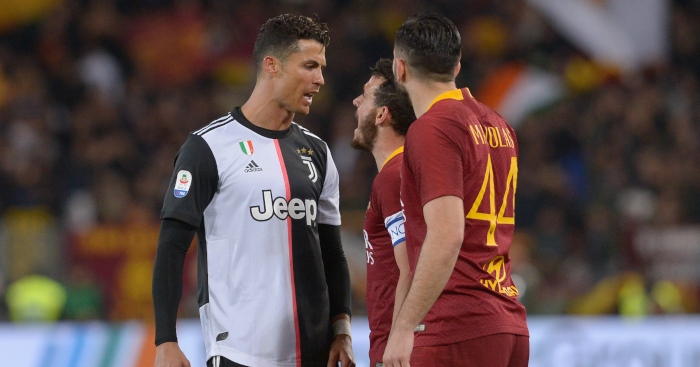 Cristiano Ronaldo was left with egg on his face after taunting Alessandro Florenzi in Juventus’ clash with Roma – only for Florenzi to go on to score the opener in the Giallorossi’s eventual 2-0 victory.

Juventus had already wrapped up the Serie A title but were facing a Roma side who have flattered to deceive for large parts this season, with Claudio Ranieri confirming he will leave his post as manager at the end of the season prior to the clash with the Turin giants.

After a goalless first half, a flashpoint occurred when Ronaldo squared up to Florenzi and taunted the Roma captain about his height.

And Florenzi goes and puts Roma 1-0 up 😅

You couldn’t make it up.pic.twitter.com/TiA128QqFF