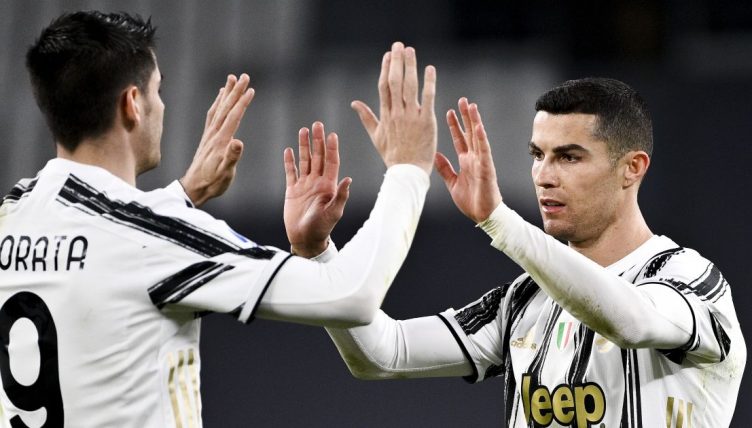 Cristiano Ronaldo marked his 600th league appearance by scoring his 20th Serie A goal of the season during Juventus‘ 3-0 win over Spezia.

After Ronaldo hit the post in the first half, Alvaro Morata came off the bench to break the deadlock with his first touch and Federico Chiesa doubled their lead moments later.

During the 89th minute, Rodrigo Bentancur launched a Juventus counter-attack, which was finished off in emphatic fashion by Ronaldo.

The 35-year-old has now become the first player to score 20+ league goals in 12 consecutive seasons in Europe’s top five leagues.

The win sees Andrea Pirlo’s side move up to third in Serie A, seven points behind league leaders Inter Milan.

Pirlo's side lead 3-0 after struggling to break Spezia down early on ⚫⚪ pic.twitter.com/PtNRarpkN0