Watch: Cristiano Ronaldo misses vital pen vs Inter but scores on the rebound 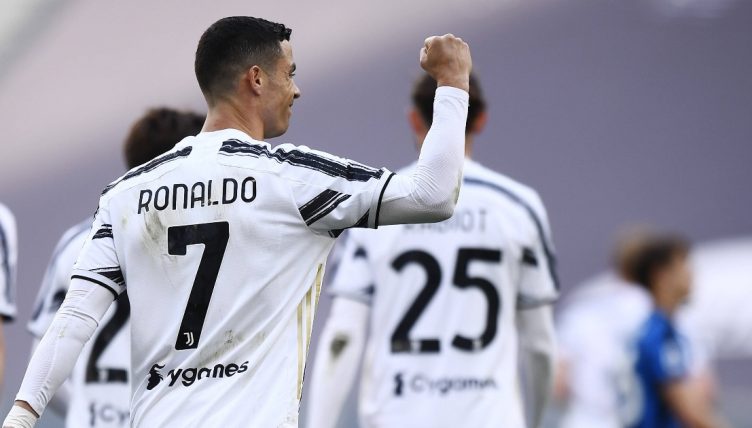 Juventus‘ hopes of qualifying for the Champions League are still alive after a dramatic 3-2 victory in the Derby d’Italia against Serie A champions Inter.

Cristiano Ronaldo scored their opener, somewhat fortuitously after missing a penalty before making no mistake when the ball rebounded right into his path.

The 36-year-old forward looks set to win his first Capocannoniere award for finishing as top scorer in the Italian top flight, having notched 29 league goals this season.

Antonio Conte’s Inter ended Juventus’ nine-year reign at the top of the Italian top flight, and could have rubbed further salt into their wound by dishing up a killer blow for their hopes of finishing in the top four.

Juventus were reduced to 10 men after Rodrigo Bentancur was dismissed early in the second half, and Inter twice equalised, but they dug and scored a winner – via a second penalty, scored by Juan Cuadrado, after Ronaldo was substituted – in the 86th minute.

Cristiano Ronaldo misses a penalty…but follows up to score the rebound! 😅

That was a bit of a let-off in such an important moment for Juventus ⚫⚪ pic.twitter.com/PtbXogG2ig