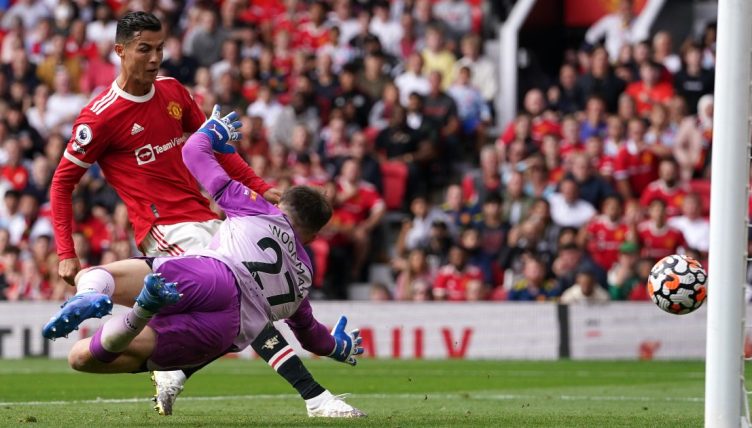 Cristiano Ronaldo made it a dream return to Old Trafford with a goal on the stoke of half time on his second Manchester United debut.

Ronaldo, playing his first game for the Red Devils since signing from Juventus last month, put his side ahead against Newcastle in first-half stoppage time.

Magpies goalkeeper Freddie Woodman parried a long-range Mason Greenwood shot back into the centre of the box and you can guess who reacted quickest.

Ronaldo was perfectly positioned like the arch goal-getter he is and tapped the ball into the back of the net from close range.

The moment marked the Portuguese stars 82nd Premier League goal and his first since May 2009.

The goal sparked jubilant scenes around Old Trafford, ending what had been a frustrating first half in which United had struggled to break down Steve Bruce’s struggling Newcastle side.