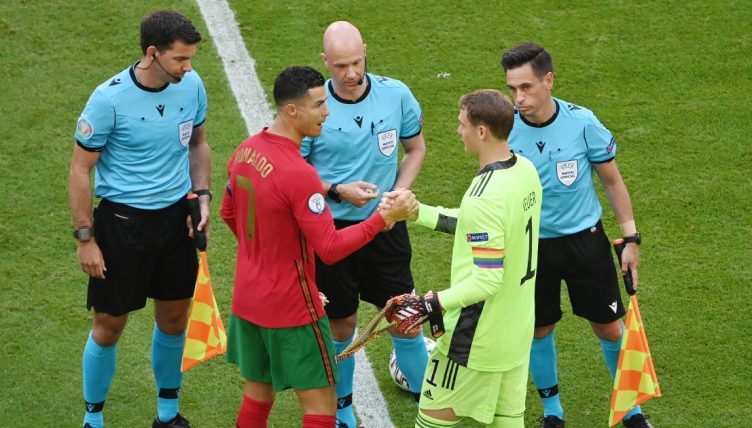 He may well into the autumn of his career, but Cristiano Ronaldo is showing no signs of slowing down.

After an unsuccessful season with Juventus, Ronaldo has entered Euro 2020 with the attitude of a man on a mission.

He scored twice as defending champions Portugal beat Hungary 3-0 and opened the scoring against Germany in Munich with an early tap-in.

Buoyed by his goalscoring form, the 36-year-old took it upon himself to end the career of Antonio Rudiger.

Chasing after a bouncing ball, Ronaldo got there before Rudiger and flicked it over the Chelsea defender’s head.

Gesticulating towards a team-mate while waiting for the ball to land, the legendary forward executed a perfect no-look backheel into the path of Bruno Fernandes.

We wouldn’t blame Rudiger if he trotted down the tunnel, out of the stadium and announced his immediate retirement from football after such a violation.