Watch: Cristiano Ronaldo rolls back the years with amazing free-kick for Juve 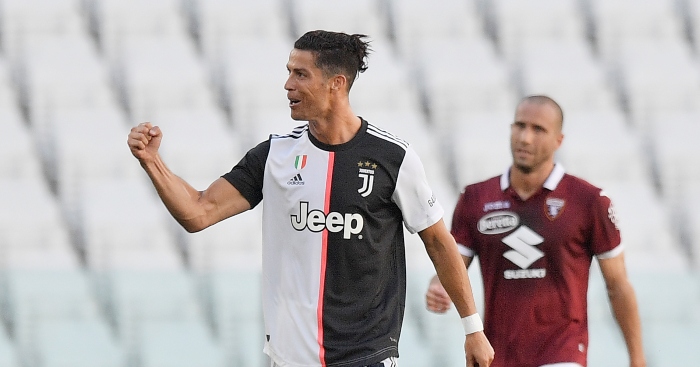 Cristiano Ronaldo finally scored his first free-kick goal for Juventus as Maurizio Sarri’s side cruised to a 4-1 win over Torino.

Ronaldo was renowned for his amazing free-kicks at Manchester United and Real Madrid, but he’s not had much luck in that department since joining Juventus in 2018.

Despite failing to find the back of the net with his first 42 attempts for the Serie A side, he stepped up to take a free-kick against their local rivals.

The 35-year-old used his trademark knuckle-ball technique to fire the ball over the wall and into the top left corner in the 60th minute.

A STUNNING free-kick from Cristiano Ronaldo in the derby! 🙌 pic.twitter.com/cArRjivipS