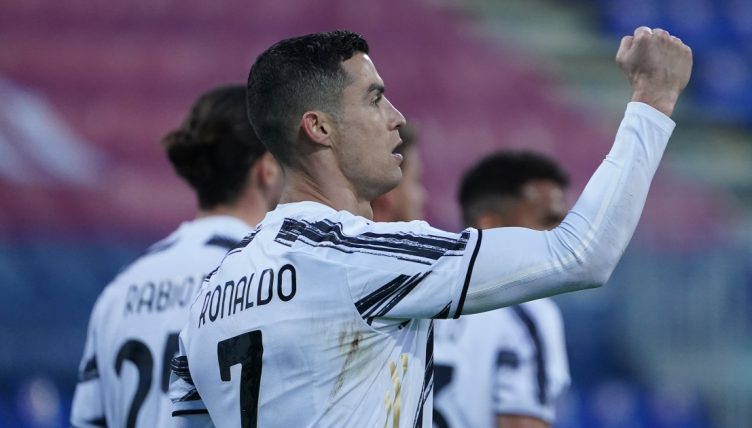 Ronaldo had faced criticism following Juve’s dramatic Champions League exit to Porto during midweek, especially as Porto’s crucial goal came from a free-kick that had travelled through his legs on the way in.

But you can’t keep one of the all-time great footballers down for long and he took out his frustrations on lowly Cagliari.

The first goal came after only 10 minutes, as the Portugal captain powered home a trademark header.

He was only just getting started. His next effort was a right-footed penalty after being fouled by goalkeeper Alessandro Cragno.

The Juventus talisman secured his hat-trick just after the half-hour. A sweeping counter-attack, led by Federico Chiesa, left Cagliari flat-footed and the ball found its way to a lurking Ronaldo on the edge of the penalty area.

The 36-year-old proceeded to cut inside onto his left foot and fire the ball past Cragno.

Ronaldo celebrated by holding his finger to his ear in a pointed gesture towards his critics.

Cristiano Ronaldo powers in a header from the corner! 💥

A trademark leap and an emphatic finish to give Juve the lead ⚫⚪ pic.twitter.com/kzC8CXV5rX

That's a first half HAT-TRICK for Cristiano Ronaldo! 🎩