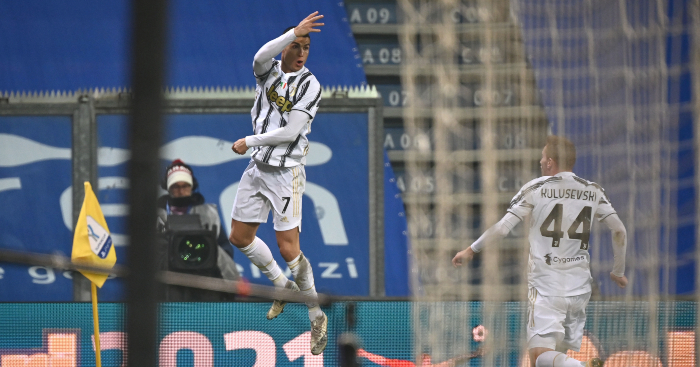 Cristiano Ronaldo scored the record-breaking 760th goal of his career in Juventus‘ 2-0 win over Napoli to become the top scorer in the history of football.

Juventus’ win secured the Italian Super Cup, but the headlines yet again belonged to Ronaldo, who overtook Josef Biscan’s record that has stood for over half a century.

The 35-year-old swept home from inside Napoli’s six-yard box in the 64th minute before Alvaro Morata added a second in stoppage-time to secure the victory.

Ronaldo has repeatedly faced suggestions that he is slowing down as a player over the past few seasons, yet he finished the calendar year of 2020 as the top scorer in Europe’s big five leagues and now has 20 in all competitions for Juve in 2020-21.

Watch the goal below. We can’t wait to hear what excuse Santos bring up for Pele now.

The record-breaking goal for CR7! 📈 pic.twitter.com/kivED5nB10