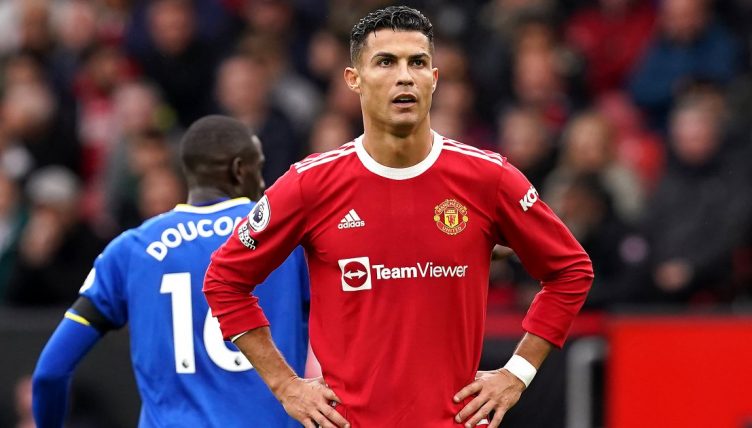 Manchester United threw away a one-goal lead at Old Trafford on Saturday afternoon against Everton and their talismanic striker Cristiano Ronaldo left the pitch fuming at full-time.

Ronaldo did not start the game, being rested after starting five times in quick succession during September.

Anthony Martial came in for the Portuguese star and did what was asked of him, showing some clinical finishing to convert a Bruno Fernandes pass and put United in the lead.

But Andros Townsend drew Everton level in the second period and, even with Ronaldo having been introduced shortly before Towsend scored, United couldn’t regain their lead.

The fact that Townsend followed his strike with Ronaldo’s iconic ‘SIUUU’ celebration probabaly only addded to Ronalo’s irritation and, at the end, he was seen swearing furiously in Portuguese and making a beeline for the changing room.

“I understand furstrations and it comes out sometimes,” said Rio Ferdinand on BT Sport. “Pogba was stright down the tunnel after him, both probabaly disappointed.”

😳 The frustration on the face of Cristiano Ronaldo. Not happy.

Straight down the tunnel at full-time. pic.twitter.com/LtZqxKopQZ