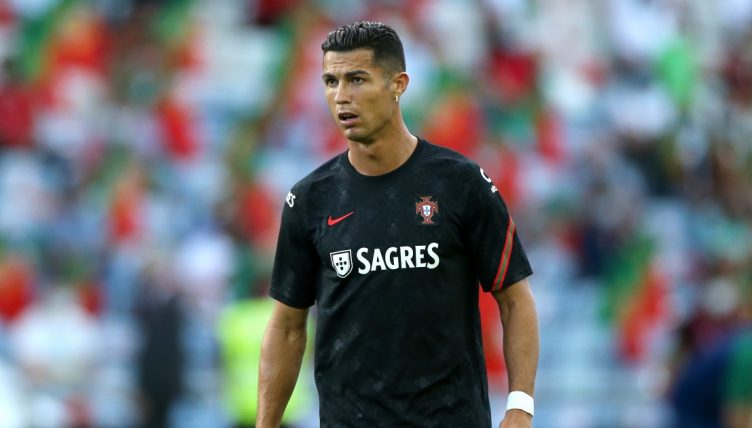 Cristiano Ronaldo has completed his first Manchester United training session since making his dramatic return to the club.

Ronaldo spent six years at United between 2003 and 2009, winning three Premier League titles and the Champions League before joining Real Madrid in 2009.

The 36-year-old was linked with a controversial move to Manchester City before United stepped in and completed a £13million move on deadline day.

He then met up with the Portugal squad and scored both goals in their 2-1 win over the Republic of Ireland, becoming the all-time leading international scorer.

After being ruled out of their game against Azerbaijan due to a suspension, he headed to Manchester before isolating for five days.

The forward finally linked up with his new team-mates at Carrington on Tuesday ahead of a possible debut against Newcastle United this weekend.

During the training session, Ronaldo was seen practising keepy-uppies and the stepovers that he became associated with during his first spell at the club.

Still got it? @Cristiano 😉

Cristiano Ronaldo at work in training 💪