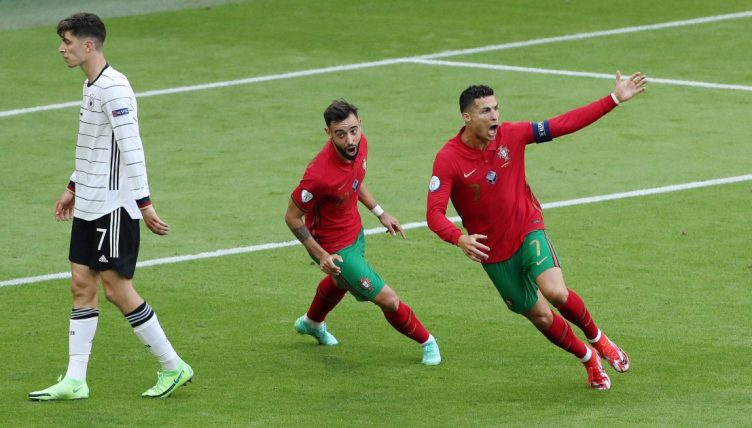 It wasn’t Portugal’s day as they gave up an early lead to suffer a 4-2 defeat to Germany, but Cristiano Ronaldo will no doubt take some solace in adding another notch to his ridiculous international record.

A victory for Ronaldo’s Portugal would have confirmed their place in the knockout stages, while a defeat for Germany would have left their qualification hopes hanging by a thread.

And it all went to plan for the reigning Euros holders in the opening stages as they sat back, defending diligently and absorbing Germany’s possession before punishing them with a lethal counter-attack. You can probably guess who was involved at both ends.

The 36-year-old Juventus forward already sealed his status as the all-time top scorer in the history of the European Championships, as well as the only player to score in five different tournaments, with a late brace in their opening 3-0 victory over Hungary.

And he added to his tally with the opener, after just 15 minutes, against Germany in sunny Munich. Ronaldo leapt to head clear a corner, before sprinting to join in with the attack. 17 seconds later, after some fine work from Bernardo Silva and Diogo Jota, he was tapping the ball past Manuel Neuer.

17 seconds after #GER have a corner at one end, @Cristiano taps home at the other 😮