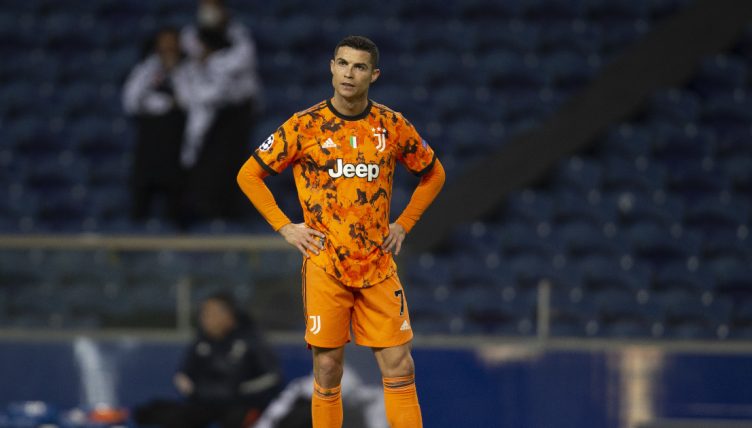 It was a night of frustration in the Champions League for Juventus as they were beaten 2-1 by Porto at the Estadio do Dragao on Wednesday night in the first leg of their last 16 clash – even Cristiano Ronaldo’s own team-mates were trying to stop him.

Mehdi Taremi opened the scoring after just 63 seconds, pouncing on a sloppy passage of play between Rodrigo Bentancur and Wojciech Szczesny to stab the ball into the back of the net.

The second half was just 19 seconds old when Moussa Marega made it 2-0, slotting home at the near post after a lovely passing move.

Winger Federico Chiesa eventually scored what could prove to be a crucial away goal for the Italian champions, converting after a brilliant run and pass from Adrien Rabiot, while Ronaldo thought he should have had a penalty late on, hitting the deck in the box after a wonderful touch.

But it was a bizarre moment just after the hour that got the internet talking. With Ronaldo looking to gain ground down the left-hand side, Juve left-back Alex Sandro unhelpfully got in his team-mate’s way, robbing the Portuguese of possession.

Few defenders tackle him with such ease, so why not try and boost your stats?