Watch: Cristiano Ronaldo’s free-kick with commentary from around the world 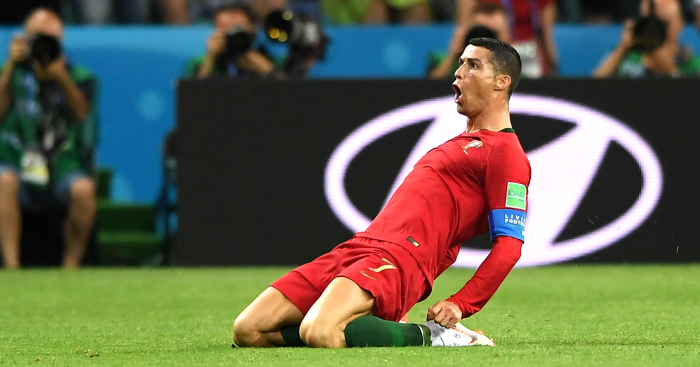 Cristiano Ronaldo shook the world on Friday night with a hat-trick in Portugal’s pulsating 3-3 draw with Spain.

Ronaldo netted all of his country’s three goals, including a stunning late free-kick to earn a point in their opening group match.

The former Manchester United man had opened the scoring from the penalty spot, before Diego Costa equalised with a finely taken solo goal.

Ronaldo put his side in front again just before half time as current United man David De Gea let a comfortable save somehow slip through his fingers.

Costa levelled the match early in the second half, tapping home after a clever free-kick move, and Spain looked to have won it when Nacho – who conceded the earlier penalty – rifled home an excellent strike from 25 yards.

But Ronaldo wasn’t done there, and a cheap foul by Gerard Pique allowed him to step up and produce a moment of magic to complete his treble.

And this video below brilliantly captures the emotions, combining clips from different nations’ coverage of the tournament.