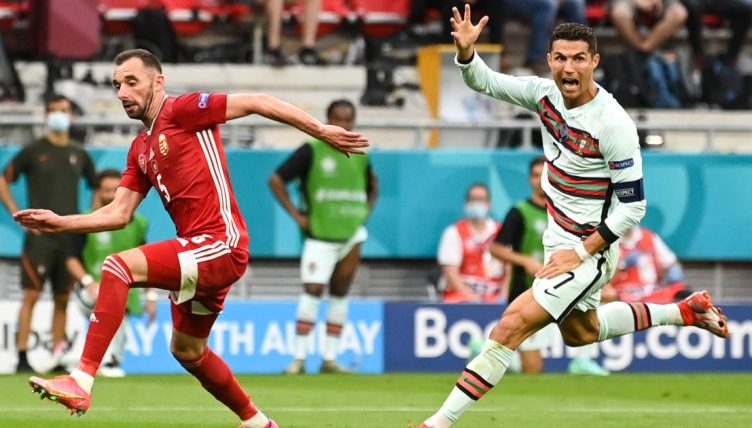 Cristiano Ronaldo finished off a delightful Portugal team move in their Euro 2020 opener against Hungary at the Puskas Arena to bag his 106th international goal.

With the clock running down and the Selecao already 2-0 up, they turned on the style, slicing through the home side’s defence before Ronaldo skillfully tucked the ball into the net.

The strike, added to the penalty Ronaldo scored minutes earlier that made him the top scorer in European Championship history, means the Juventus goal-robot has moved to within three of Iranian Ali Daei’s record of 109 national team goals. It would be some feat if he could break it at this tournament – but you wouldn’t put it past the 36-year-old.

Ronaldo had already made off-pitch headlines last night, taking a strategically placed Coke bottle off the table at a press conference, much to the annoyance, one imagines, of the fizzy drink company’s advertising bigwigs and UEFA’s marketing department.

After removing the offending bottle, he encouraged viewers to “drink water”. Clearly being hydrated helps.