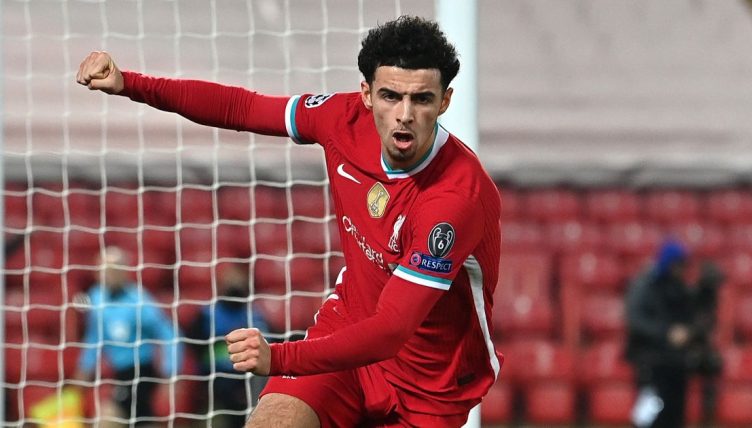 Liverpool‘s Curtis Jones showed why he’s so highly rated with a stunning and unique goal during a recent training session.

Jones progressed through the youth ranks at Liverpool before establishing himself as a first-team regular, making 46 appearances in all competitions over the last two seasons.

The 20-year-old has already proved that he has an eye for the spectacular, FA Cup Goal of the Season award for his strike against Everton in 2020.

He produced another moment of magic ahead of 2021-22, bouncing his effort off the training ground turf before watching the ball find the top corner.

While the midfielder just carried on with the training drill, his coaches and team-mates were audibly impressed by the goal.

“Curt is coming of age,” Andy Robertson recently told Liverpool’s official website. “I thought last season at times he was outstanding but it’s now about the consistency, it’s always about that and doing that on a week-to-week basis.

“Curt is a great kid, I’ve got a lot of time for him, I try to take him under my wing – probably more so than anyone. He always bounces things off me and I hope this is a big season for him because, like I said, he’s a fantastic player and he’s a fantastic person.

“I just hope that he can find that consistency, keep that hunger that he’s got and he’ll only get better.”