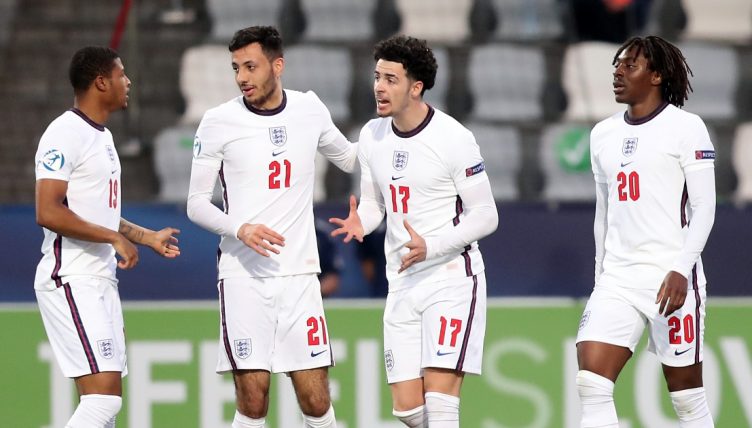 It was an eventful night for Liverpool‘s Curtis Jones as he made his return to England Under-21’s starting XI  in their final European Championship group stage match against Croatia.

Jones scored a crucial second goal for England – doubling their lead in the 73rd minute – but they went on to concede in injury-time.

While they won 2-1 on the night, the late drama meant the Young Lions exited the competition on goal difference, having lost the first two matches to Switzerland and Portugal.

Following the final whistle, there were jubilant scenes among the young Croatia squad as they celebrated their progress to the next stage, but Jones clearly took exception to something.

The 20-year-old midfielder was sent off for angrily confronting the opposition, escaping the grasp of the coach trying to hold him back to get in among the melee.

At present, it’s unknown what exactly set everything off.