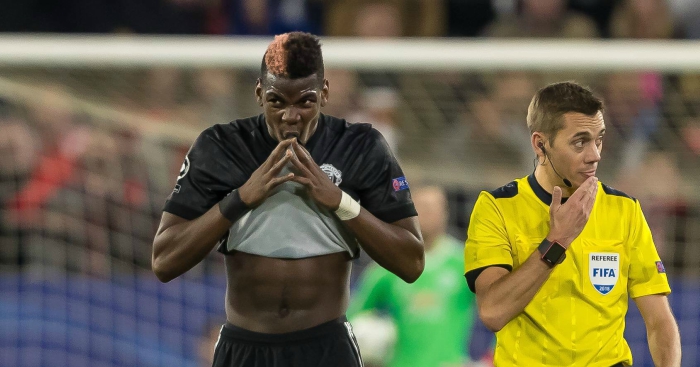 Pogba has been much talked about this week, after Jose Mourinho left him on the bench for their Champions League tie against Sevilla.

The midfielder has made 27 appearances this season but has come under fire for his defensive contributions and overall work rate during his second spell at Old Trafford.

Duff was discussing Pogba on RTE ahead of the Sevilla tie, and highlighted a goal conceded earlier in the competition against CSKA Moscow as an example of the Frenchman not following his man.

Then, the former Newcastle winger pulled up a clip from the 2015 Champions League final when Pogba didn’t track into the penalty area and Real Madrid grabbed one of their four goals as a result.