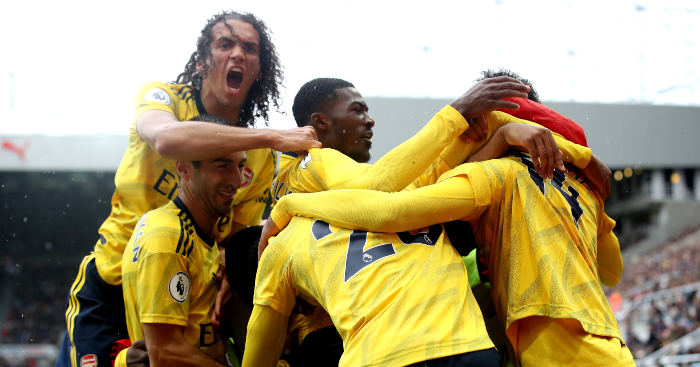 Dani Ceballos was given a not-so-warm welcome to the Premier League as Arsenal beat Newcastle United 1-0 at St James’ Park in their opening match of the season.

Pierre-Emerick Aubameyang scored the only goal of the game in the second half as the Gunners took all three points from an often cagey affair.

Ceballos came on in the 64th minute to make his Arsenal debut after joining on loan from Real Madrid for the entirety of the 2019-20 season.

But the Spaniard’s most notable contribution came while he was still off the pitch, as he joined in with Aubameyang’s celebrations by the corner flag while he was warming up.

A stray elbow from a team-mate caught Ceballos on the nose, and the midfielder couldn’t help but hide the pain once the celebrations calmed down.

Ceballos getting an elbow in the face there 🤣 welcome to the Prem pic.twitter.com/6FyNvdVu10