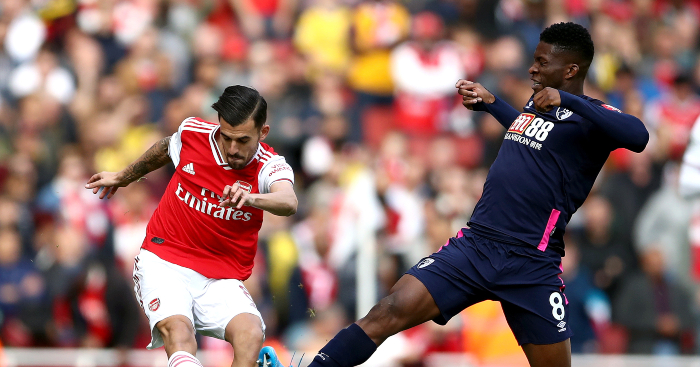 Dani Ceballos left Liverpool loanee Harry Wilson looking to the heavens with a slick turn as Arsenal beat Bournemouth 1-0 at the Emirates Stadium on Sunday.

David Luiz’s ninth-minute goal, his first for the club since joining from Chelsea in the summer, proved the difference as Arsenal moved up to third.

The win capped a positive week for Unai Emery’s side, as they followed up the 1-1 draw at Manchester United on Monday by thumping Standard Liege 4-0 in the Europa League and now maintaining their unbeaten record at home in the Premier League.

Ceballos, a scorer in the win over Standard Liege, started in midfield and showed one beautiful touch to beat Wilson before being replaced by Joe Willock with 15 minutes to go.

Can you name every German player to ever appear for Arsenal?