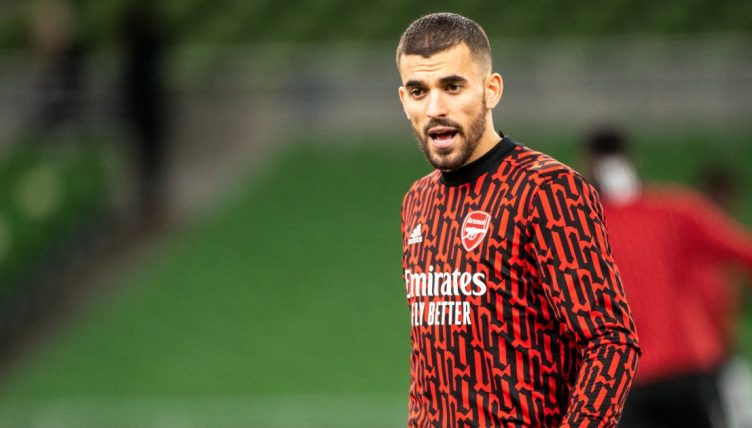 Dani Ceballos may not be renowned for his goalscoring abilities, but the Arsenal midfielder is clearly capable of the sublime.

After joining Arsenal on loan from Real Madrid ahead of 2019-20, Ceballos returned to north London for a second season.

The midfielder has made 30 appearances in all competitions and could reportedly join the Gunners on a permanent deal at the end of the campaign.

“I told Madrid that I wanted to come back to Arsenal because during the first year I’d learned a lot about a new league,” Ceballos told Arsenal’s official website in January. “I’d improved a lot both physically and tactically, and after Mikel came in, the standard of my football improved.

“I think the best decision for me this year was to remain in the Premier League with Arsenal and keep working with a coach like Mikel Arteta.

“Since joining Arsenal I’ve become a much more mature player and I make better decisions. People knew my attacking game but nobody knew that winning duels and winning the ball back could be part of my game too.

“I think I’ve improved that side of my game a lot – the same goes for my positioning on the pitch.”

He’s yet to find the back of the net in 2020-21 but recently scored a brilliant goal in training, displaying some excellent footwork before chipping the goalkeeper.