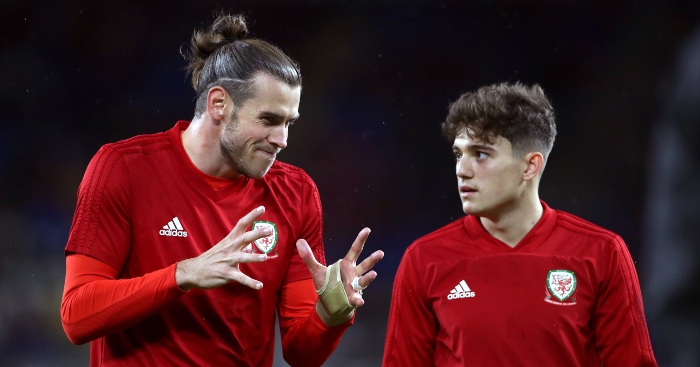 Manchester United’s Daniel James has been in brilliant form this season, and he almost scored a stunning goal as Wales faced Azerbaijan in Euro 2020 qualifying.

Wales were fourth in Group E coming into the match, so they needed to win in Baku and hope Croatia beat Slovakia in order to keep their dreams of automatic qualification alive.

Ryan Giggs’ side took the lead in the 10th minute through a Kieffer Moore header before James played a key role in the visitors’ second.

The winger picked up the ball on the left wing, cut inside and fired a swerving effort that rebounded off the crossbar and the post. However, Liverpool’s Harry Wilson reacted quickly and nodded into an empty net.

Wales were in complete control throughout the second half and their 2-0 win moved them up to third in the group.

Croatia’s 3-1 win over Slovakia also means that Wales can take the second qualifying place with a win over Hungary in Cardiff on Tuesday.