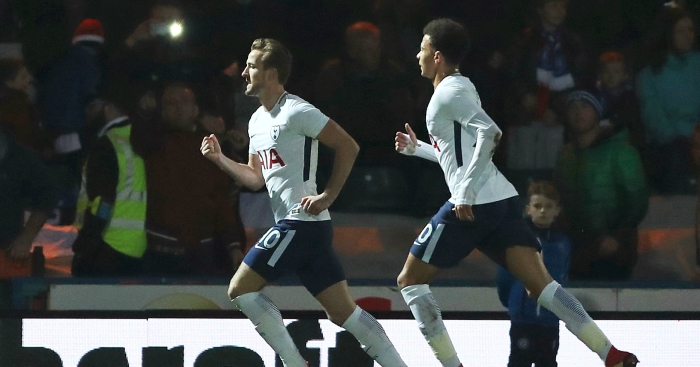 Harry Kane scored a late penalty to put Tottenham briefly in front against Rochdale, which was then dedicated to former team-mate Ryan Mason.

Mason was forced to retire from professional football this week, over a year after he suffered a fractured skull in a match for Hull against Chelsea.

The former Spurs youngster has received support from around the footballing world, none moreso than from his former employers and team-mates.

Spurs captain Harry Kane posted on Instagram: “I’m so proud to have come through the system and play at the highest level with you.

“Your career was ended too early, but this is just the beginning of a new chapter.”

And when Kane dispatched an 88th minute penalty, team-mate Danny Rose, who had also played alongside Mason for the majority of his career, chose to dedicate it to him.

As the Spurs players celebrated, Rose grabbed the pitchside TV camera and shouted Mason’s name, before planting a kiss on the lens.

11 players who were forced to retire early: Mason, Casiraghi & more