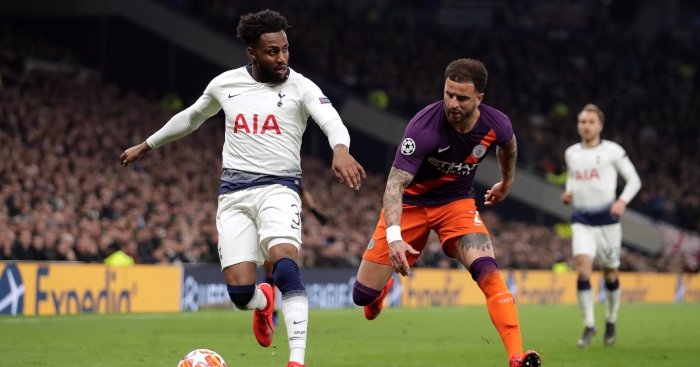 Kyle Walker had a difficult return to Tottenham as he was part of the Manchester City side beaten 1-0 by Spurs in the first leg of their Champions League quarter-final on Tuesday night.

City went into the tie as favourites as they fight to complete the quadruple but came unstuck as Son Heung-min bagged the only goal of the game to give Tottenham a narrow advantage ahead of their trip to Manchester next week.

Walker isn’t the most popular figure among Spurs fans after he left the north Londoners in a big-money move for City in slightly acrimonious circumstances.

And the Tottenham support will have been no doubt delighted by the sight of the right-back being nutmegged by his former team-mate Danny Rose midway through the first half.

Rose also gave Tottenham fans another enjoyable moment late on, when the defender floored Fernandinho with a hand off to the face as Spurs tried to grab a second.