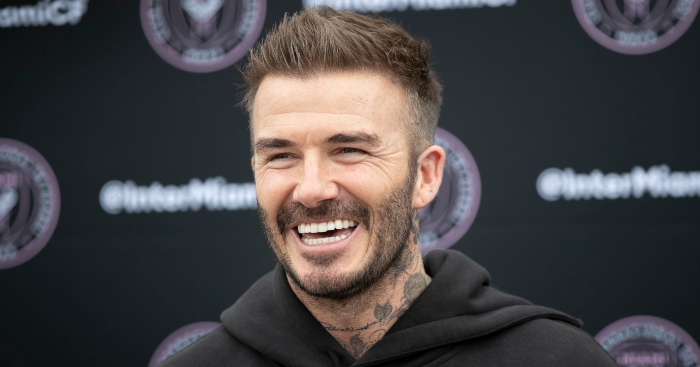 Beckham spent six years in Major League Soccer with LA Galaxy and had an option to purchase an expansion franchise as part of his contract.

He decided to exercise that option in 2014 and is now one of the owners of Inter Miami, who made their MLS debut in March 2020.

“We want to reach for the stars, we want the best players in, but more importantly for us we want to create a state of the art academy where we have a hotbed of talent in this part of America,” Beckham said in 2018.

“If we get that right, that will make us and the people of Miami even more proud to support their team, because they’re seeing young kids, their sons, coming into this team and have the chance to play professional football.”

The 45-year-old put his boots back on and hit the training ground for a kick-about with the club’s academy players earlier this week.

In a clip of the session, Beckham showcased his incredible skills and scored a goal by putting the ball through the defenders’ legs.

David Beckham is out there playing with Inter Miami CF's academy players.