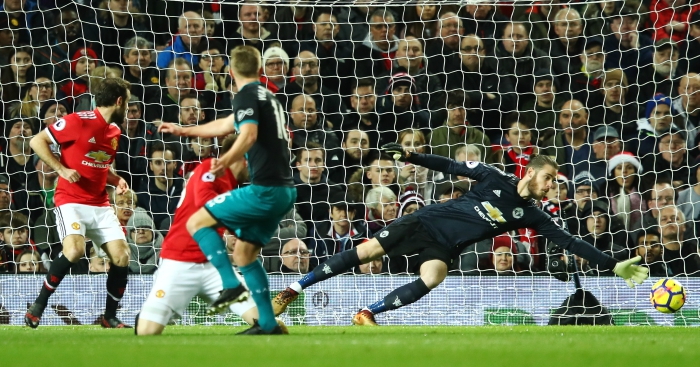 Manchester United were held to a goalless draw by Southampton, and Jose Mourinho has goalkeeper David De Gea to thank.

United put in a lacklustre display against the Saints, in a match which was clouded by a nasty looking head injury to £75 million striker Romelu Lukaku.

However it could have all been different if it weren’t for the Spanish goalkeeper, who pulled off a top drawer save to deny Southampton youngster James Ward-Prowse

The United defence fell asleep, allowing Sofiane Boufal in behind, and his cut back found the former England under-21 captain inside the penalty area.

His left-footed effort headed towards the bottom corner through a crowd of players, only for De Gea to somehow claw it out of the net.

Even more impressive is the angle from behind, which seems to show United’s number one get down incredibly quickly before scooping the ball from behind him to keep it out.