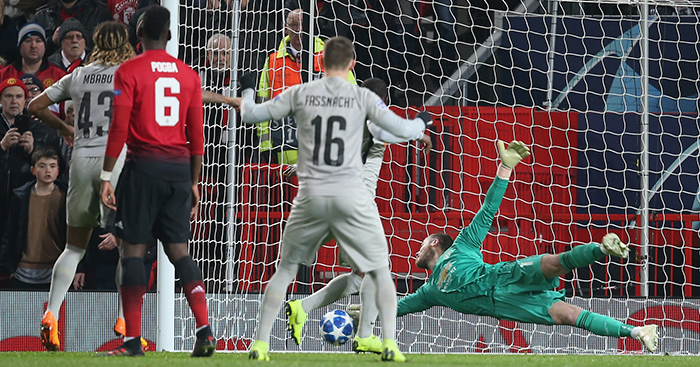 Marouane Fellaini was Manchester United‘s hero with the late goal which sent them into the knockout stages of the Champions League – but it wouldn’t have been enough were it not for an incredible save from David de Gea.

Facing Young Boys at Old Trafford, United knew they would progress if they beat the Swiss side and Valencia failed to win at Juventus.

However, after failing to score in their opening two Champions League games at HQ, United produced another unconvincing performance that stretched their home goal drought in the competition to a record 275 minutes before Fellaini’s late intervention.

United had 21 shots on the night, with Marcus Rashford particularly wasteful in front of goal, but they were indebted to some heroics from De Gea to keep the score at 0-0 when the Spaniard showed off his reflexes to adjust following a deflection and claw the ball off the goalline.

You can watch his incredible stop below.