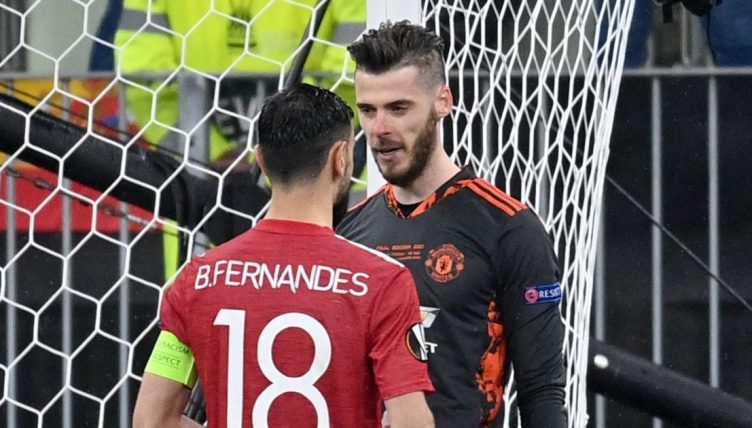 David de Gea missed the only spot-kick of a mammoth penalty shootout as Manchester United were beaten by Villarreal in the Europa League final.

Despite entering the final as big favourites against the team that finished seventh in La Liga, United were left frustrated over the course of two hours against Villarreal as they were held to a 1-1 draw.

Gerard Moreno put Villarreal ahead after half an hour, after which Ole Gunnar Solskjaer was pictured angrily berating his players from the touchline.

Edinson Cavani equalised shortly after half-time with a typically opportunistic poacher’s finish, but United failed to find the crucial second goal as the game headed to a penalty shootout.

The first 21 penalties were scored by both sides as it came down to the two goalkeepers. Villarreal’s Geronimo Rulli converted his before saving from De Gea and consigning United to defeat.

Sad to think this could be David de Gea’s last moment with Manchester United. pic.twitter.com/Vx8IAd90sP