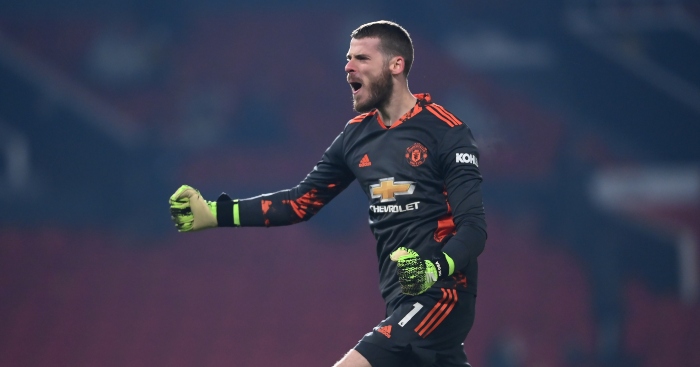 Excitement is building around Old Trafford that a Manchester United title charge may well be on the cards and David de Gea is clearly up for it.

Marcus Rashford’s injury-time winner against Wolves earlier this week saw them move to within three points of leaders Liverpool – the timing of the goal and fortunate manner reminiscent of many a Fergie time winner.

Were fans allowed in the stadium, each stand would have been shaking with jubilant fans. But even without them, there was plenty of audible cheers from the players on the pitch. None more so than from Bruno Fernandes and De Gea*.

The Spain international has come under fire plenty of times this season for some sloppy errors but he put in an excellent display against Wolves and was visibly delighted when the winner nestled in the net.

Punching the air and in celebration, the 30-year-old repeatedly shouted “Vamos!” to the empty stand behind him.

*Buy David De Gea and thousands of other players on Football Index. 18+, UK and Ireland customers only, begambleaware.org. T&Cs apply.