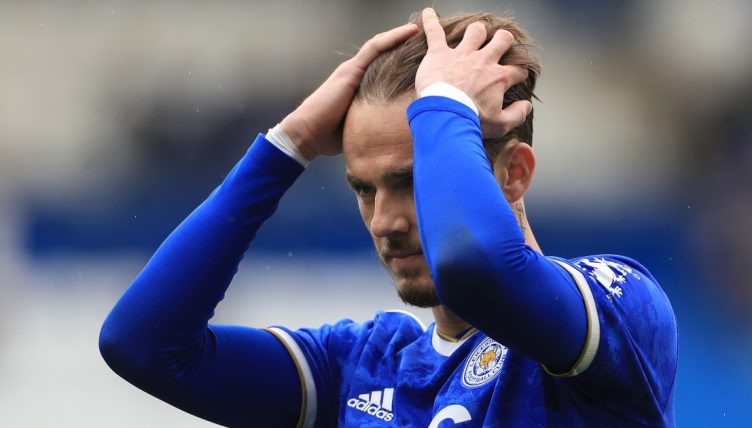 Mikel Arteta seems intent on giving his Arsenal squad a significant facelift before the 2021-22 campaign with two new players arriving already and Leicester’s James Maddison also thought to be on their radar.

Left-back Nuno Tavares and midfielder Albert Sambi Lokonga signed from Benfica and Anderlecht respectively to bolster what was becoming a threadbare squad. Both Granit Xhaka and Bernd Leno, among others, could still leave the Emirates before the window shuts.

Brighton’s Ben White has also been heavily linked with a move to north London, although it has been the Maddison rumours that have had Arsenal supporters most excited.

But transfer guru David Ornstein had some bad news regarding a potential deal on Friday morning.

“They are looking for a number 10, there have been rumours around James Maddison,” he said.

“That’s not one I can see developing. It would be a huge stretch of Arsenal’s finances and I’m not sure it would be realistic especially with [Emile] Smith Rowe signing a new contract.”

🔴 James Maddison is not one that I can see developing, it would be a huge stretch of Arsenal's finances & not realistic.

🔴 Tammy Abraham, may need a new departure to facilitate that transfer.