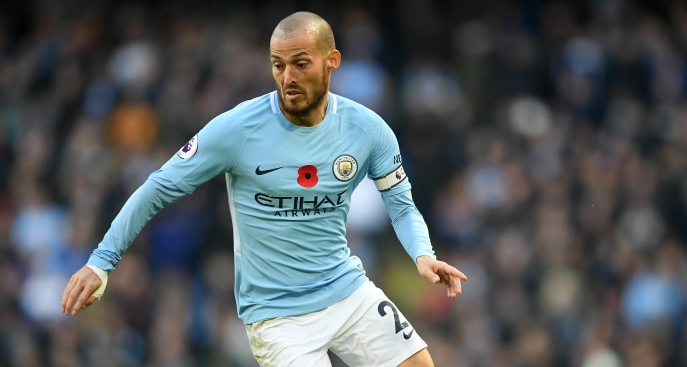 Manchester City have undoubtedly been the team of the season so far in the Premier League – and David Silva continues to be his majestic best.

Kevin de Bruyne has taken plenty of plaudits for his performances in midfield this term, but Silva continues to live up to his ridiculously high standards.

City went eight points clear at the top of the table at the weekend courtesy of a 3-1 victory over Arsenal and Manchester United’s defeat at Chelsea.

De Bruyne, Sergio Aguero and Gabriel Jesus bagged the goals for Pep Guardiola’s side, but Silva produced a subtle moment of genius.

Picking up the ball inside Arsenal’s half, the Spaniard literally dribbled in a big circle around Arsenal’s midfield without any of the visitors’ players getting close to him.