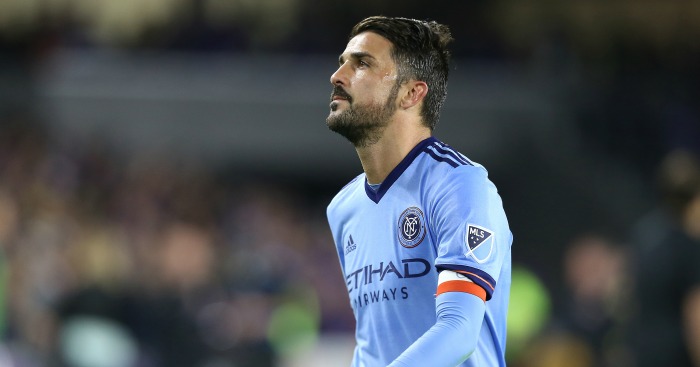 David Villa rolled back the years on Friday night with a stunning goal as New York City beat Philadelphia Union in MLS.

Former Barcelona, Valencia and Atletico Madrid forward Villa became one of the most feared goalscorers in Europe during his pomp, and North American defences already know the pain of trying to contain the Spaniard.

Villa was named the league’s MVP last season and has started the current campaign in excellent form once more.

The 35-year-old already has four goals and three assists in six games and his latest effort was nothing short of spectacular.

City were already leading 1-0 with the game heading into added time, and Villa took control of the ball just inside the Union’s half and managed to lob goalkeeper Andre Blake from long distance.

Explaining his audacity after the match, Villa said: “I was a little tired from running so I tried to score a goal.”