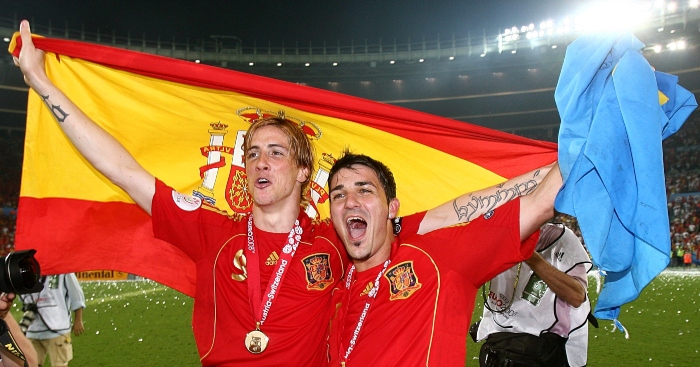 David Villa knows a thing or two about the European Championships, and the former Spain hero has included Liverpool and Tottenham players in his ultimate XI ahead of Euro 2020.

Villa was part of the Spain squad which triumphed at Euro 2008, winning the Golden Boot as top scorer as the side started their dominance of the international game.

And the former Valencia and Barcelona striker has selected his best XI of players who will be lining up in the tournament this summer, when the games will be hosted across Europe.

The 37-year-old has included two Liverpool men and one Tottenham player in a tasty 4-3-3.

David Villa was speaking at the launch of the Booking.com Stadium Suite, announcing that football fans have the chance to win the Ultimate Overnight Football Experience, where one lucky winner and their guest can win a stay at the Stadium on the night of the Final of UEFA EURO 2020™. To be in with a chance of winning, fans (aged 18+) need to book and complete a stay on Booking.com by March 31st 2020. For more information, including full terms and conditions, visit: www.booking.com/stadiumsuite

A tribute to David Villa, a man who never arrives too late nor too early