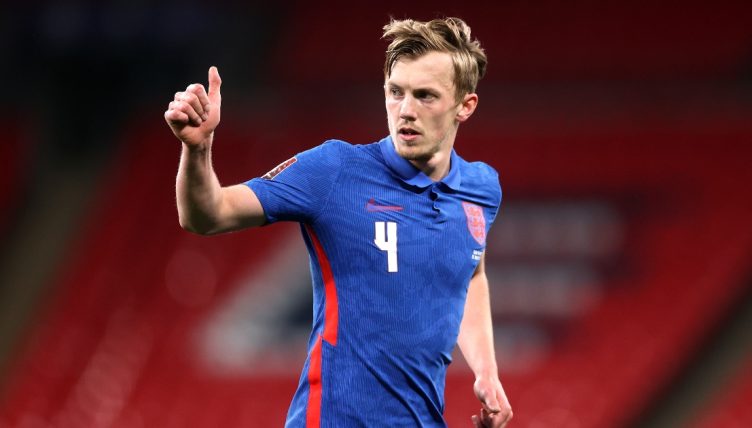 England’s qualification campaign for 2022 World Cup in Qatar got off to an ideal start on Thursday night, comfortably brushing San Marino aside 5-0 at Wembley.

Two goals for Dominic Calvert-Lewin and one each for debutant Ollie Watkins, Raheem Sterling and James Ward-Prowse ensured Gareth Southgate’s men topped their group after one game.

It was the Southampton man who arguably impressed most out of the goalscorers, slotting home a left-footed opener that nestled in the bottom corner.

He will be hoping to nail down a starting spot in games against Albania and Poland as well and, if his performances in training are anything to go by, we may well see a lot more of him.

In a recent shooting drill, he managed to wind-up Manchester United shot-stopper Dean Henderson with some outstanding finishing that left him rooted to the spot.

Henderson could be heard saying, “Prowsey, I hate you, man!” with a smile on his face, before praising a low effort later on: “Prowsey, mate, you’re so good at that!”