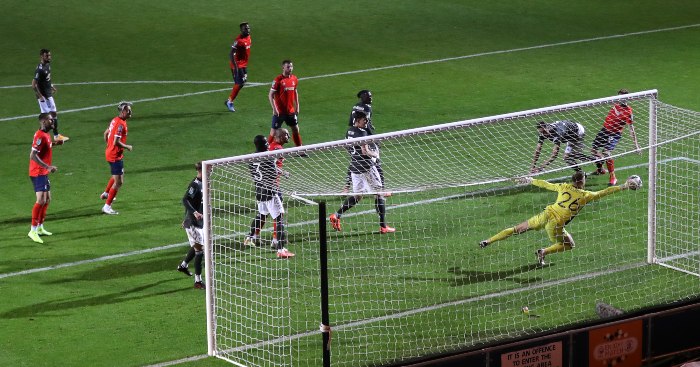 Dean Henderson made an instant impression on his long-awaited Manchester United debut with a superb save and a clean sheet as the Red Devils beat Luton Town 3-0 in the League Cup on Tuesday night.

A first-half Juan Mata penalty and late goals from Marcus Rashford and Mason Greenwood saw United progress to the fourth round, although Championship outfit Luton made Ole Gunnar Solskjaer’s side work hard for their victory.

All eyes were on Henderson as the goalkeeper was handed his first appearance for United after two excellent seasons on loan at Sheffield United.

Henderson shone at Bramall Lane while David de Gea has struggled for form at Old Trafford, leading to a number of fans calling for the 23-year-old to replace the Spain international as No.1.

But Solskjaer has kept faith with De Gea as his first-choice Premier League goalkeeper, promising Henderson opportunities in the cup competitions.

And Henderson made the most of his chance, denying Luton an equaliser with an excellent save at his near post, shortly before United grabbed their two late goals to wrap up victory.

Watch all the goals below, with Henderson’s save coming shortly after the 1.30mins mark.

🎥 Three goals ensured our place in the #CarabaoCup fourth round 👊#MUFC pic.twitter.com/CsNAtQoteP