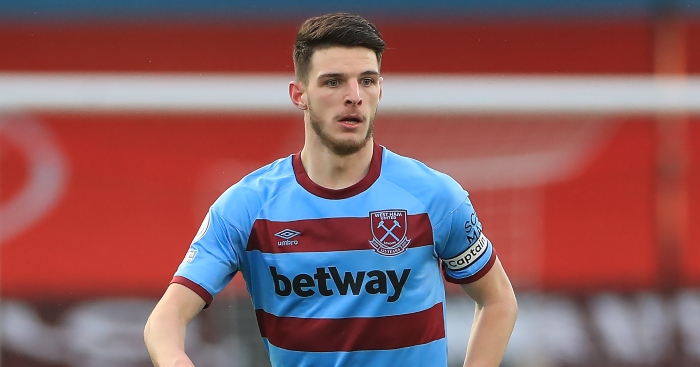 There are some people out there who question the quality of West Ham midfielder Declan Rice.

It is often said by doubters that the England international has a limited skillset and is only capable of producing sideways or backward passes.

Well, we urge anyone with those beliefs to watch this video, which highlights just how brilliant the 21-year-old’s technical ability is.

Yes, we know it’s in training rather than a game, but the brilliance on show here is surely undeniable.

The thought to flick it over his opponent’s head is inspired, while the finish that flew into the top corner would cause the head of most Premier League strikers to swell a bit.

Rice is yet to score for the Hammers this term, but after this training ground video, we reckon the midfielder needs to start getting some more shots off.

His defensive work will always have to take priority, but when a player is capable of this it would be a shame not to show it off at all on matchdays.