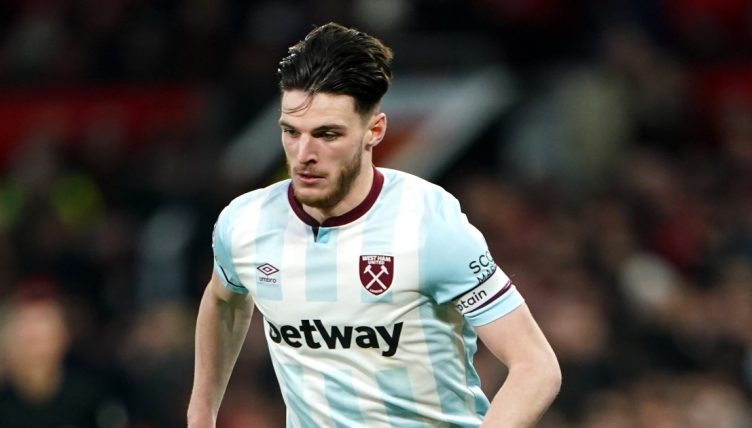 After playing in West Ham’s 1-0 defeat to Manchester United, Declan Rice fuelled speculation that he could move to Old Trafford.

Rice helped England reach the Euro 2020 final last summer and has even managed to take his game to another level this season.

The midfielder, who is reportedly valued at around £100million, has been linked with a move to United or a possible return to boyhood club Chelsea.

He showed why he’s so highly rated with a brilliant display against the Red Devils and looked set to earn a hard-fought point for his side.

But the hosts counter-attacked in the final minute of injury time and Marcus Rashford tapped in from close range to secure the win for United.

Despite being disappointed with the result, Rice was still able to compliment Old Trafford during a post-match interview.

“I was loving it,” Rice told Sky Sports. “Every time I come to Old Trafford, I’ve always said it’s one of my favourite places to play.

Manchester United fans will be hoping that he’s playing at Old Trafford on a regular basis from next season onwards.