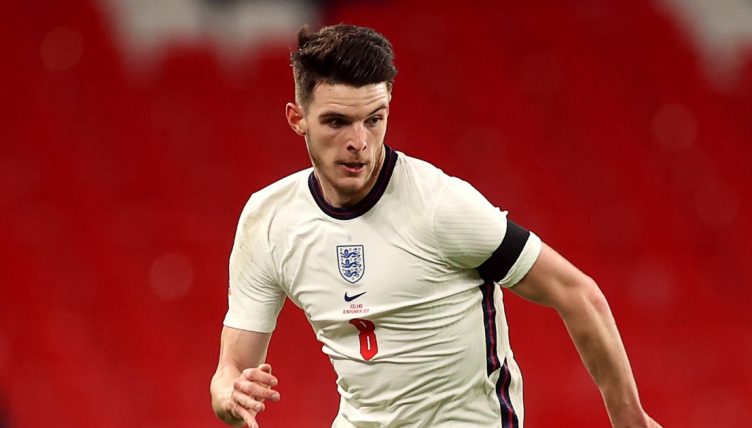 Declan Rice was hilariously left hanging as he attempted to join in England’s goal celebration against Albania.

Rice has been having a brilliant season for his club and is central to Gareth Southgate’s way of playing.

And the West Ham midfielder had another effective game as England won 2-0 in Tirana.

Our eyes were drawn to the moment Rice hilariously tried to get involved in the celebrations after Harry Kane’s goal.

As the players grouped into a huddle and high-fives were exchanged, Rice made a move to join in the action.

But none of the England players would give him a high five and the midfielder was left hanging as his team-mates moved on.

We’re sure Rice will get over his rejection in due course.

My thoughts and prayers are with Declan Rice pic.twitter.com/cwdsUpnLJm

Watch: Declan Rice teases Lingard after penalty dispute – ‘He knew he had to’