Watch: Declan Rice pretends to drink from bottle thrown by the crowd 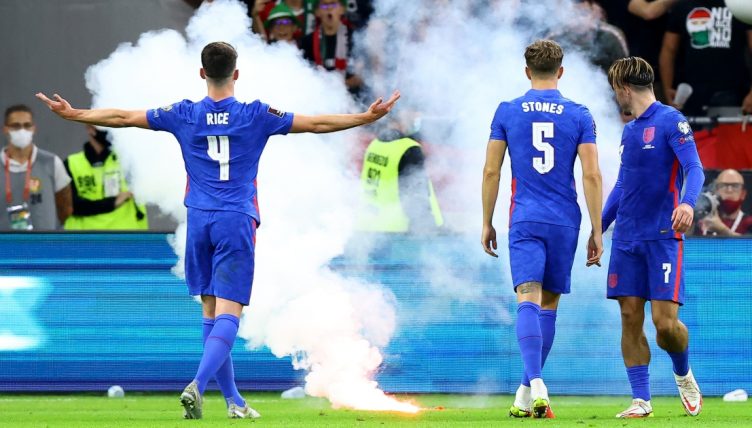 England thrashed Hungary 4-0 in an intimidating atmosphere in Budapest – and West Ham midfielder Declan Rice was delighted to ‘silence the haters’ by pretending to drink from a beer cup thrown from the crowd.

Rice made headlines before Euro 2020 when he claimed that he had never drunk a single pint of beer — but would down one if England won the tournament.

We all know how that ended but England negotiated their first match following their heartbreaking defeat to Italy with impressive ease.

Hungary had impressed during this summer’s tournament and their fans were determined to give the England players a hostile welcome – the decision to take the knee was roundly booed and ITV Sport also reported that monkey chants were aimed at Raheem Sterling and substitute Jude Bellingham from behind the goal.

After a hail of bottles were thrown at Sterling following England’s opening goal, Rice picked up one of the plastic cups and pretended to neck whatever was left.