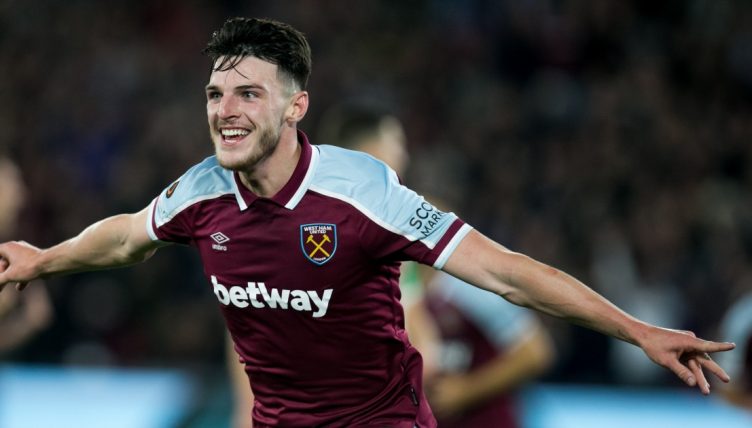 Anybody who’s been on Twitter over the past few days wouldn’t have failed to notice the #SingYourDialect challenge trending – and it’s helped West Ham and England midfielder Declan Rice has provided one of the most iconic internet moments of 2021.

The Twitter Spaces event, which is essentially a global karaoke contest, has proved incredibly popular with a reported 150,000 users tuning in on Monday evening.

Former US president Barack Obama was spotted listening to randomers belt out their favourite songs at one point, as was Manchester United midfielder Paul Pogba, Arsenal goalkeeper Aaron Ramsdale and YouTube star KSI.

But Rice stole the show with his rendition of Vanilla Ice’s 1990 hit ‘Ice Ice Baby’. Mixing up the chorus, the 22-year-old belted out a chorus of ‘Rice Rice Baby’ before laying down the kind of bars not seen the Slim Shady broke onto the scene.

Rice admitted the song is one of his favourites and suggested he would pick it if he had to do an initiation song in the future.

Listen to the clip in its full glory below.