Watch: Declan Rice teases Lingard after penalty dispute – ‘He knew he had to’ 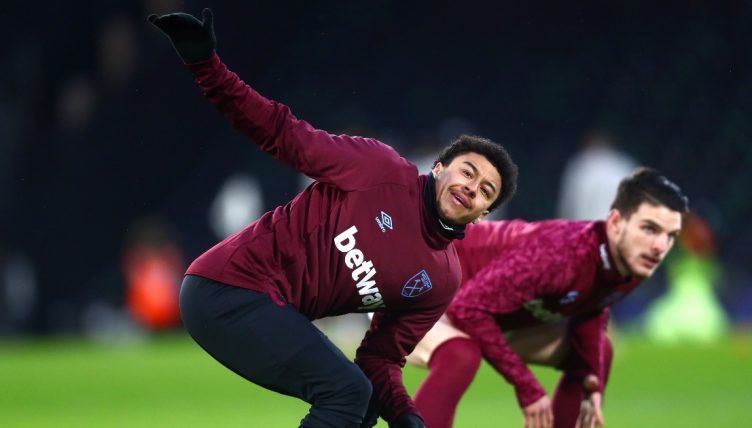 Having struggled for opportunities at parent club Manchester United, Jesse Lingard looks to be enjoying life on loan at West Ham – in spite of the odd quarrel with his new team-mates.

The 28-year-old immediately looks to be an important part of David Moyes’ plans, having not been handed a single Premier League opportunity by Ole Gunnar Solskjaer earlier this season, but he’s not quite on designated penalty-taker duty just yet.

The Hammers moved ahead of Liverpool and temporarily up into the top four with a comfortable 3-0 victory over Sheffield United in Monday’s early evening kick-off.

Captain Declan Rice pulled rank and coolly slotted home the opening goal from the penalty spot. There was extra pressure to convert after a short discussion with Lingard, who was evidently keen to score a third goal in as many games for his new club.

But there were evidently no hard feelings. Rice updated his Instagram after the match, sharing a clip of him teasing Lingard about the little tiff.

West Ham finally have their penalty 👀

Jesse Lingard wasn't overly-happy to let Declan Rice do the honours, but was the first to congratulate the West Ham star after he puts it away 🙌

"He knew he had to give me the pen…"🍿@_DeclanRice wasn't letting @JesseLingard anywhere near West Ham's first penalty of the season 😂 pic.twitter.com/oz17auOICV