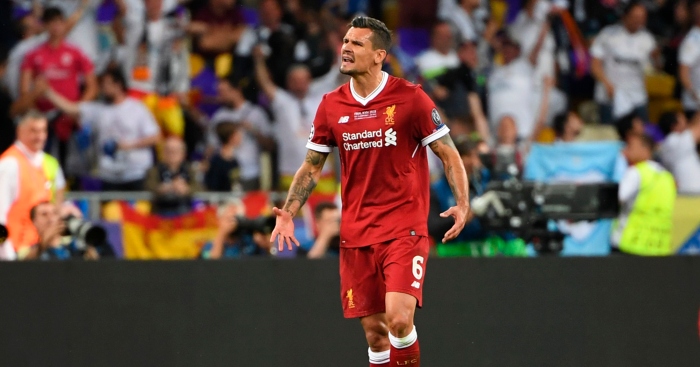 Liverpool defender Dejan Lovren takes no prisoners on a football field – even if he’s facing his own brother.

Lovren has been a much-maligned figure at Liverpool throughout his four years at the club, often struggling for form and consistency.

The defender was even subject to death threats after being substituted 31 minutes into a 4-1 defeat at Tottenham earlier this season.

However, Lovren showed impressive resilience and mental strength to bounce back, impressing in the second half of the season as the Reds reached the Champions League final, where he also produced an excellent performance in the defeat to Real Madrid.

The Croatia international missed Euro 2016 as his relationship with manager Ante Čačić deteriorated, but is back in the fold under Zlatko Dalić and is in the squad for this summer’s World Cup in Russia.

Enjoying some downtime with his brother before the tournament, the siblings faced off in a game of one v one, but Dejan chose to deploy a rather brutal tactic.