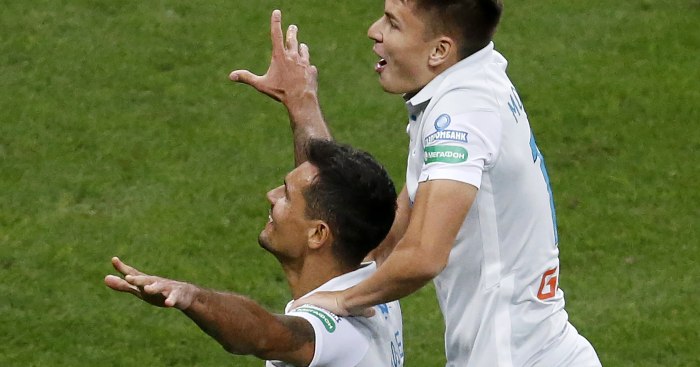 Dejan Lovren’s dream start to his Zenit St Petersburg career continued as the defender scored his first goal since leaving Liverpool in their 2-0 win over Rostov on Saturday.

After Lovren’s six years at Liverpool ended with lifting the Champions League and Premier League titles in his final two seasons, the Croatia international joined Zenit in a €12million move in July.

He has carried that trophy-winning straight into his time in Russia, winning the Russian Super Cup on his debut as Zenit beat Lokomotiv Moscow 2-1.

And in only his second league appearance for the club, Lovren headed home a crucial late goal to secure a 2-0 victory, nine minutes after Zenit had been reduced to 10 men following a red card to Yaroslav Rakitskiy.

Dejan Lovren has scored his first goal for @fczenit_en 👏🏻