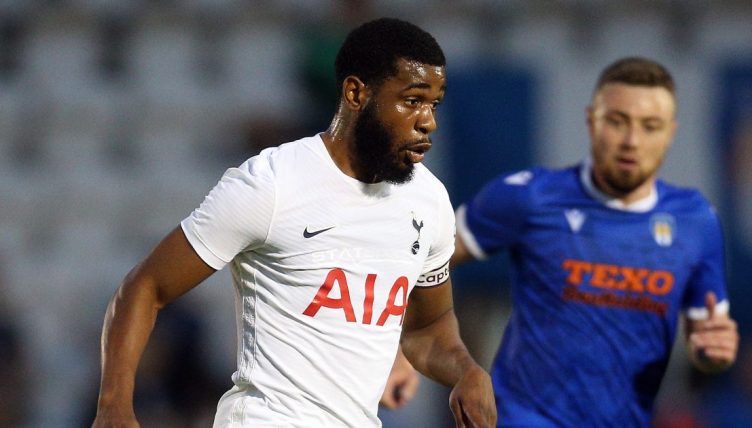 Spurs made a brilliant start with quickfire goals from Son Heung-min and Lucas Moura before Dele Alli made it 3-0 in the 38th minute.

Tanganga, who made 13 appearances for Spurs in 2020-21, replaced Eric Dier at half-time and helped preserve their clean sheet.

The centre-back also saw a long-distance effort fly over the crossbar, much to the amusement of Son and Alli, who were sitting on the bench.

While Tanganga probably won’t be taking any free-kicks next season, he’s hoping to enjoy a run in the first team under Nuno Espírito Santo.

“Coming into pre-season, a new boss, it was a fresh start for everyone,” Tanganga told Spurs TV after the game. “So everyone comes in with a positive mindset that it is their opportunity to grab and they’ve got no one else to blame if they don’t put in the effort.”

Watch: All the goals from Tottenham’s 3-0 pre-season win over Colchester