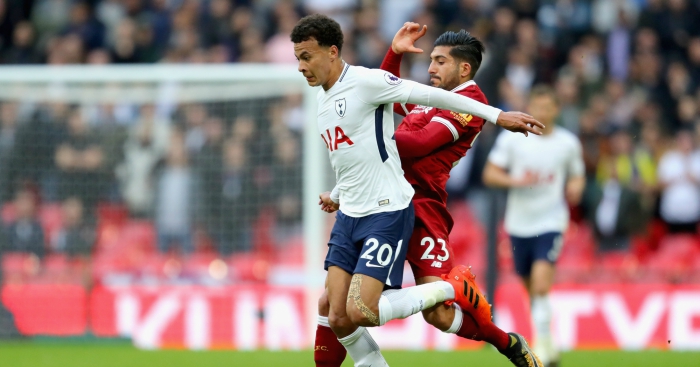 Tottenham put Liverpool to the sword on Sunday with a big win at Wembley – and Dele Alli was among the players to show the opposition no mercy.

Spurs started strongly as Harry Kane and Son Heung-min put the hosts 2-0 up with 12 minutes.

Kane bagged his second to complete the scoring against a makeshift Liverpool defence.

Dejan Lovren was substituted just after the half-hour mark, meaning Joe Gomez moved into central defence and Emre Can was forced to operate at right-back.

But Alli was not about to offer Can any sympathy, ruthlessly skinning the Germany international with a trademark nutmeg.

Alli: "Oppression that is clearly inexorable and invincible does not give rise to revolt but to submission." pic.twitter.com/gcFcFbBtOG