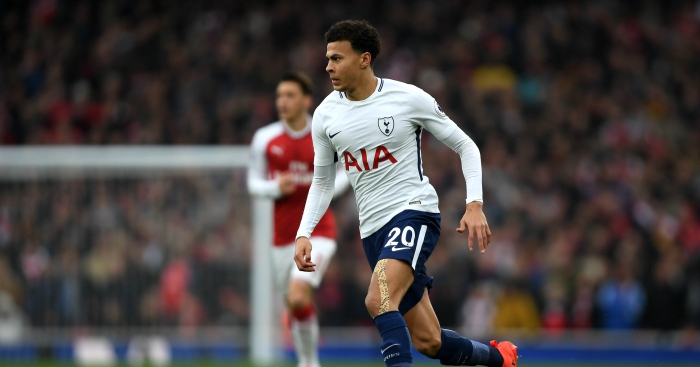 Dele Alli may have had a day to forget during Tottenham’s defeat to Arsenal, but he did manage to pull off a trademark nutmeg – on referee Mike Dean.

First-half goals from Shkodran Mustafi and Alexis Sanchez gave Arsenal a 2-0 win over their fierce rivals at the Emirates – their first Premier League victory over Spurs since 2014.

Tottenham were left to rue the performances of two of their star players as Harry Kane appeared to lack match fitness after recent injury problems and Alli was subdued throughout before being substituted.

The England midfielder maintained his penchant for nutmegs, however, and even landed one on an unsuspecting Dean.

We’d like to think the other referees are going to remind Dean of this one for a little while.