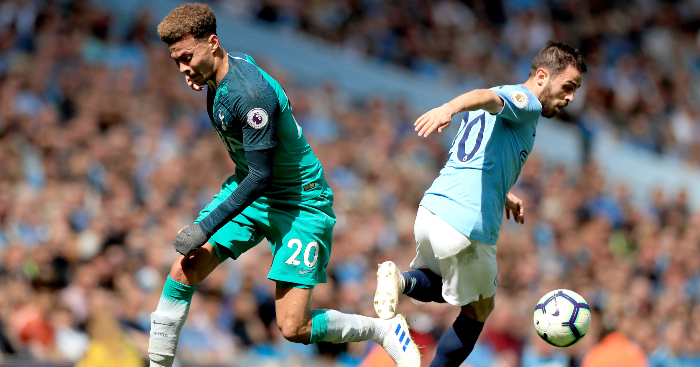 Tottenham‘s Dele Alli was certainly in the mood against Manchester City on Saturday afternoon.

The 23-year-old produced a couple of absolutely sensational skills as Spurs were trying to get back into the game after going 1-0 down early against the champions.

Phil Foden, on a rare start, gave City the lead but there were plenty of bright moments for Spurs, who created enough chances to level before the break.

The highlights came from Dele, who nutmegged Bernardo Silva with a sensational piece of skill, before pulling off something outrageously good to turn his way out of a tight space just a minute later.

Watch both clips below: