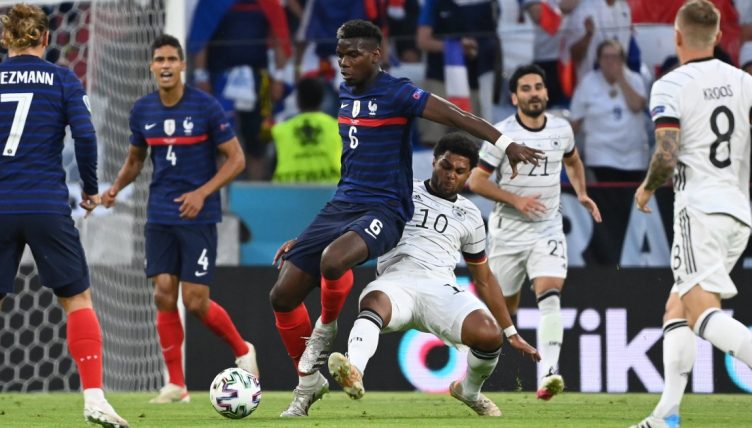 An inch-perfect pass from Paul Pogba put Lucas Hernandez in behind the Germany backline twenty minutes into France’s opening Euro 2020 game, allowing Hernandez to put in a wicked cross which Mats Hummels turned into his own net.

The Manchester United midfielder received the ball outside the penalty area in Munich’s Allianz Arena and it looked like nothing was on. But he produced a wonderful, lofted ball to find the advancing full-back Hernandez and Hummels’ own goal put Les Bleus 1-0 up.

After another up-and-down season at Old Trafford, Pogba is obviously enjoying himself back with his mates in the France squad – most of whom he won the World Cup alongside in 2018.

Before the start of the Euros, Pogba explained why he is more effective going forward for his national team than he is for his club.

“In Manchester, I have the freedom to go into the box, but the priority is to play and defend,” he told L’Equipe.

He added that with Didier Deschamps’ side: “We play in 4-2-3-1, also a diamond. I am a little more in the transmission, in the construction. But I have more freedom than in Manchester to enter the box, to make runs forwards.”

What a pass from Pogba pic.twitter.com/fFmRNsdtVv