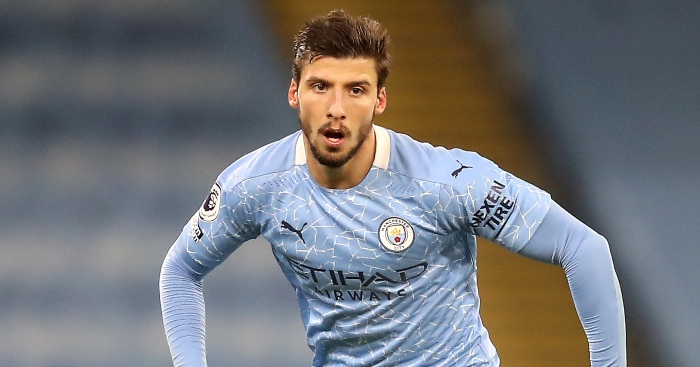 Ruben Dias enhanced his burgeoning reputation even further on Wednesday night with a remarkable block to deny Aston Villa a goal only minutes before Bernardo Silva put Manchester City ahead in their hard-fought 2-0 victory at the Etihad.

Pep Guardiola signed Dias having yearned for a settled centre-back pairing over the previous two seasons, with the former Benfica man already proving himself to be a £60million bargain.

While Dias was signed by City with the intention of forming a partnership with Ayermic Laporte, only to instead inspire an eye-catching defensive upturn alongside the resurgent John Stones.

City moved to the top of the Premier League with their win over Villa, secured courtesy of late goals from Bernardo Silva and an Ilkay Gundogan penalty.

But City had Dias to thank for his sublime intervention in preventing a Villa goal just five minutes before Silva made the breakthrough at the other end.

Ruben Dias is a joke and the greatest defender in the history of football pic.twitter.com/jpA0UFzWVc